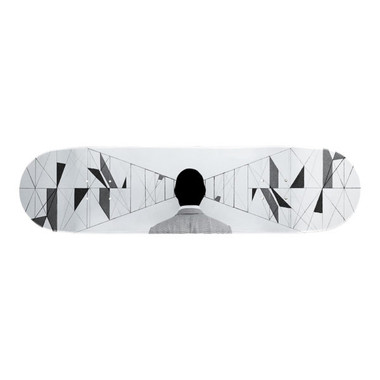 Robin Rhode's work is inspired from a rite of passage for boys in school. There is an element of playfulness to his art, which takes the form of a two-part story. The first act entails Rhode’s conception and creation of the artwork. These urban influenced pieces often find their place on city walls and become the artist’s method of engaging his audience on South Africa's history and its societal difficulties. The second act takes the form of a performance between an actor and the piece. Much like the rite of passage, this interaction gives the piece a new life, and creates a secondary dynamic through which it can share its story.

Working primarily in the streets of Johannesburg, Robin Rhode uses walls and sidewalks as the stage for his exuberant, narrative interventions and performances. Captured in serial photographs and stop-motion videos, Rhode’s work explores urban youth culture, socioeconomic inequality, and outgrowths of post-Colonialism. By creating absurd, impossible situations, like drawing a bicycle on a wall and attempting to ride it, Rhode references slapstick comedy and minstrel shows, expressing the struggle for equality and dignity with poignancy, humor, and poeticism.

Robin Rhode is a South African artist based in Berlin, Germany. He studied Fine Art at Technikon Witwatersrand, now known as the University of Johannesburg, in Johannesburg, South Africa, followed by a postgraduate program at the South African School of Motion Picture Medium and Live Performance (AFDA).