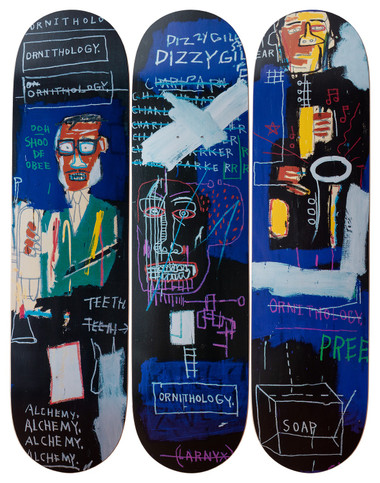 In Horn Players, Basquiat pays homage to two of the great jazz players-- Charlie Parker and Dizzy Gillespie. To the left is a half length portrait of Parker and his saxophone, and to the right is a portrait of Gillespie and his trumpet. Jazz music was a common theme in Basquiat's art, as he himself was a musician and a jazz fan and often painted to jazz music. It can also be said that his particular style of painting was similar to the improvisational quality of jazz. Open Edition Set of 3 signed decks.