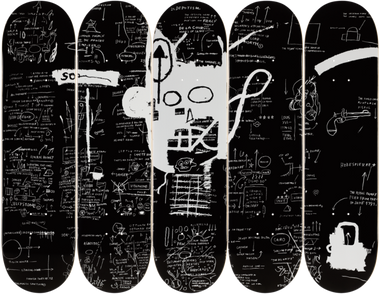 The Skateroom has teamed up with the estate of the late American artist Jean-Michel Basquiat to produce an edition of skateboards carrying some of the artist's iconic paintings from the early eighties.